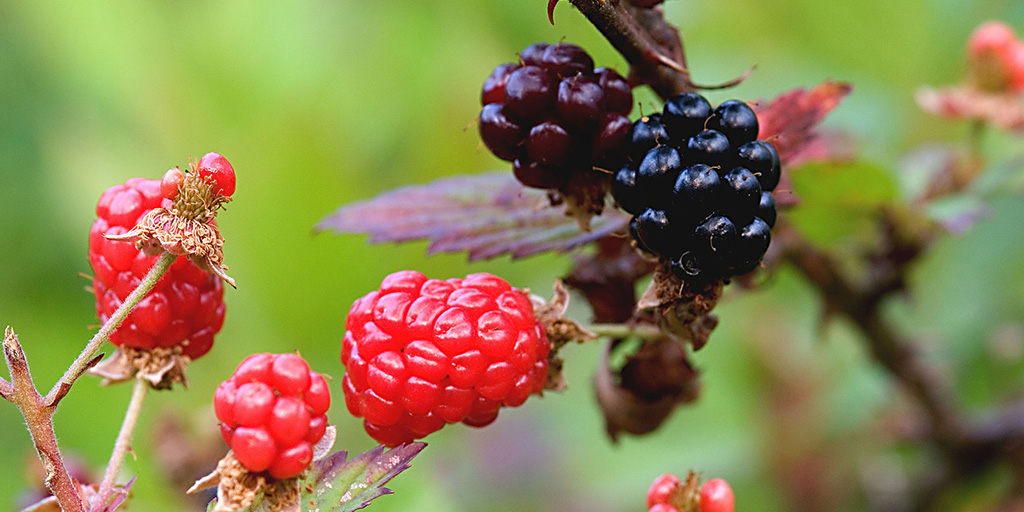 My Aunt Dobbie held certain religious views and didn’t, no ma’am, allow any of us girls to wear “blue jeans,” shorts, or sleeveless blouses.

Not her four daughters. Not any niece who came to visit or stay for the summer. *that would be me*

Back home in Arizona, I lived in jeans. I mean, whoever heard of riding horses, hunting arrowheads, and climbing rocks in a dress?

And so it was:

Missouri – dresses, skirts with modest blouses, and flat shoes. Oh, and endless time at church, which, I realize now, never hurt me one bit.

Blackberries grew lush and wild along the Missouri roads and in the fields, often hugging saggy wire fences that had already lain down to die. About midsummer, Aunt Dobbie announced it was time to go berry pickin’. We  girls whooped with joy!

It didn’t matter if we turned into raisins in the sweltering sun.

It didn’t matter that we were helpless sacrifices to the gazillions of chiggers waiting in the weeds around the blackberry bushes.

All that mattered was my cousin Terry, and my brothers – Lee and Gene – had to fork over enough pairs of Levis and J.C. Penney denims to outfit a pack of girls gone wild with brichesmania! It was even more fun because they didn’t like doing it.

Wearing those forbidden pants, we were strong! We were invincible!

It’s odd, but by midsummer, I was completely indoctrinated into my Missouri lifestyle – I didn’t even think about the fact that I had a closet full of the contraband clothes at home. Kind of summertime amnesia, I think.

Tromping toward the blackberry patches in our jeans with old, misshapen buckets on our arms, we’d hear the collective chant of the chiggers on the wind.

Another hazard for me was hair loss. My long braids often became tangled in the thorny brambles.  I’d screech until someone stepped through weeds and briars lying on the ground to rescue me. Due to the pitch of my screech, it didn’t take long.

When we finished, we were sunburned, slashed and itching like crazy, but we had enough blackberries to sell and make money for the household. That was a big deal.

That night, we girls gathered in a bedroom with the door closed. We compared our hundreds of scratches and chigger bites. We pricked the top of the bites with the end of a safety pin, doused them with alcohol and howled bloody murder. Then we laughed our heads off. Our chigger bites and scratched bodies were like war medals, and we wore them proudly.

Next day, we took our blackberries to town, split up, and sold them, all except for a few Aunt Dobbie saved over for a cobbler and a half dozen jars of blackberry jam. We were grinning and scratching *chigger bites itch for several days* when we happily turned our “berry money” over to Aunt Dobbie. The money was crucial – my aunt was a widow raising lots of kids and welcoming any others that straggled in or stayed for the summer.

*that would be my brothers and me*

We all walked a little taller and straighter knowing we helped put food on the table by selling blackberries.

I can’t discuss my Aunt Dobbie without mentioning her mode of discipline. Many times, we were insufferable. I say “we” because I, the youngest, tagged along with all the others no matter what. It took a lot of sassing and disobedience to get her worked up. When her last button was pushed, it was time for a whooping. It went like this:

*did I mention she was a small lady?*

We all had to lie face down on a bed, side-by-side. She’d slap across our rears with a belt three or four times. I never felt it. Not one time. Everyone started weeping and wailing, so I did, too. I found out years later my cousins and brothers were fake-crying so Aunt Dobbie would keep those whoopings short.

Did she know? No way to tell, but I have a stinking suspicion she knew about everything. My heart still yearns for those memories so long ago.

I’m sharing one of our family blackberry cobbler recipes. It’s a huge, two-crust cobbler that will have everyone begging for your recipe. Check it out. Even better, make one!

Blackberries and their thorny bushes are extraordinary. For example, did you know blackberry leaves were once used as a hair dye? And that blackberries rank the highest in preserving cancer-fighting levels of antioxidants? In addition, cooking and freezing them doesn’t affect their phytochemical properties. Nuh-uh, not one bit.

What about you? Have you ever picked blackberries out in the wild? What are the ways you enjoy blackberries?