The Story Behind: Made Just Right…MAID-RITES! 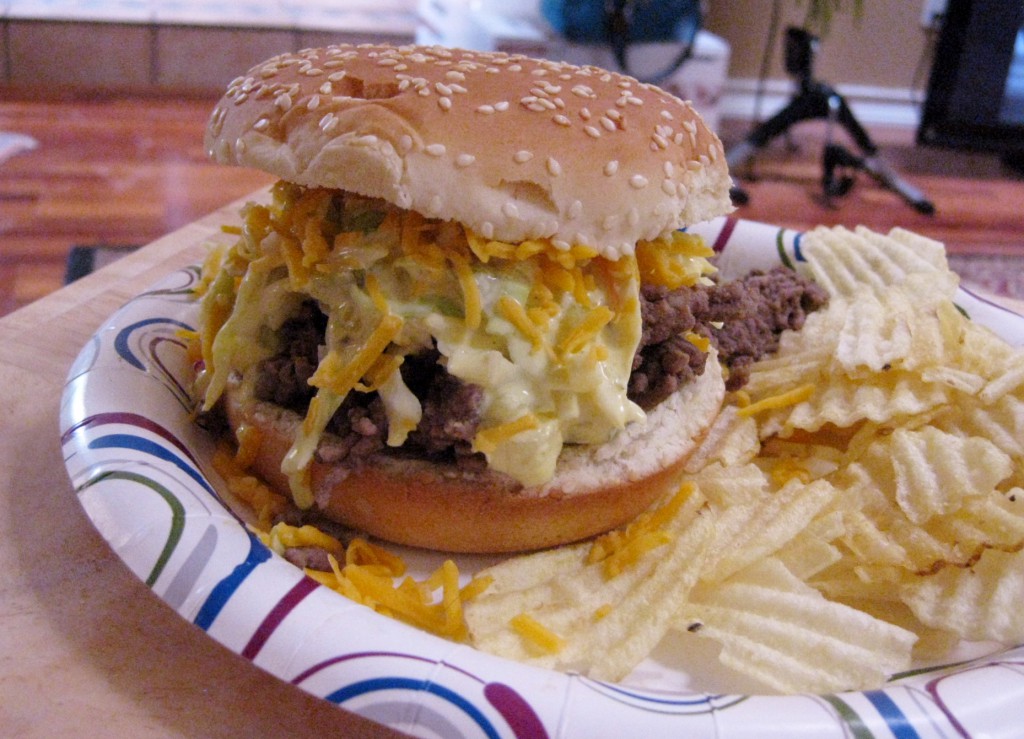 The year my mom first tasted a MAID-RITE hamburger. She and a few of her girlfriends were coming home from their swimming lesson at the YMCA in Muscatine, Iowa. Enticing aromas teased the girls’ noses as they passed a walk-up window restaurant. One of the girls happened to have a bit of pocket change, so she paid a dime each for all of them to have their first MAID-RITEs.

Mom remembers the “juice” running down their arms as they giggled and devoured the delicious hamburgers invented by Fred Angell in1926.

Thus began an 83-year love affair between my mother and the loose-meat sandwiches generously smothered in a cabbage, onion, and pickle sauce.

I grew up eating those hamburgers, but I have to admit, I didn’t know their actual name was misspelled. Mom called them “MADE RIGHTS”, and that was all I knew about it until I traveled through Iowa one time as an adult.

“MAID-RITE? What? The whole franchise is misspelled?”

I couldn’t believe it. It hurt my author/editor soul, let me tell you!

Since then, I’ve come to terms with the fact that Mr. Angell was, to quote the MAID-RITE website, “quite a sandwich maker but not much of a speller.” Apparently, Mr. Angell invented the sandwiches and named them after a deliveryman’s comment that the sandwich was made right. Hmm.

On a family road trip, Mom and I marched into one of the franchises in an Iowa mall grinning from ear to ear. We couldn’t wait to order a MAID-RITE made in THE TWENTY-FIRST CENTURY. Passing up every other eating opportunity as we traveled across the country that day, we were starved and anticipatory.

After all, this was to be the first store-bought MAID-RITEs Mom had eaten since 1939. I had never eaten any but my mom’s.

Honest. I have to be honest and say that something drastic has happened to those MAID-RITEs since Mr. Angell first cranked them onto the streets via his four franchises by the end of the 1920s. The ones we tasted were… Dry. Cabbage-less. Tasteless. Disappointing.

I still see mom shaking her head as she sat across the table from me. We took a few bites and shoved the sandwiches to the side.

You’re About to Get Lucky  *because I’m sharing Mom’s recipe with you!*

Since 1939, Mom has served us MAID-RITES like the ones she first tasted – identical to the ones Mr. Angell used to sell. Since she also happens to be a fabulous cook, I have to believe her method and her recipe are PURE.

The last time Mom made MAID-RITES, I took a picture of my plate and used it as the profile pic for this blog. Now that’s a MAID-RITE made right! So right, I think Mr. Angell himself would give my mom a high-five after his first bite!

The only thing we’ve added to the mix over the years is a sprinkle of cheddar for the top. It’s a great addition and really adds flavor. If you want THE AUTHENTIC RECIPE for making these easy but incredibly yummy loose-meat sandwiches, CLICK HERE.

You can’t go wrong when you go rite!

Ever had a MAID-RITE? We’d love to hear about it.

Because I believe FUNNY is better than sackcloth and ashes . . .

Kat’s almost-full-time job has become dodging the embarrassing tsunami of male attention aimed at her mother Ellie, a social butterfly who bears an uncanny resemblance to film star Marilyn Monroe. To add to Kat’s woes, her stepfather, Roy, has lately grown irrationally jealous of his beautiful wife. Kat buries her worries in movies and classical novels, but when Roy’s rants turn violent, she and Ellie plan an escape via Route 66 to the freedom of a new life in Las Vegas. Instead, they wind up in a small Arizona town crawling with the mafia. Trouble escalates when Ellie attracts the eye of a mafia Caporegime who, along with Roy, is determined to have her at any cost.

Another epic historical fiction novel that catapults the reader from Texas into Mexico, Argentina, China, British Hong Kong, and Italy and into the epicenter of another action human drama. Look for it in early 2023!