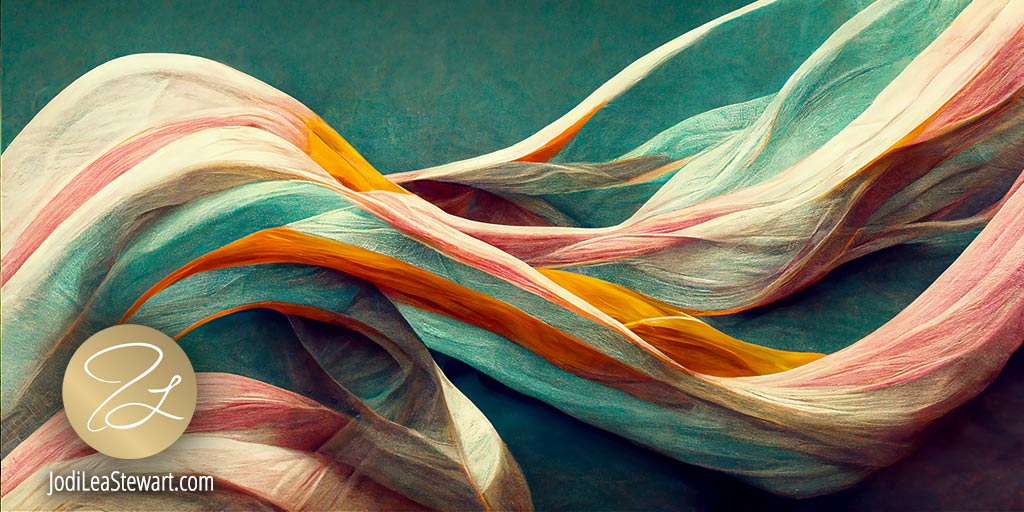 If you’re going to wear a lot of scarves, you should know a lot about knots, right?

Silki Begay, the protagonist of the award-winning contemporary adventure-mystery trilogy, SILKI, THE GIRL OF MANY SCARVES, knows a whole heck of a lot about knots.

She happens to be sort of… kind of… a little bit, well… okay, she’s totally ADDICTED to scarves and wears several of them tied around her neck in a chain most of the time.

And, thank goodness . . . in her crazy adventures on the Navajo Rez, trouble springs up like weeds in a garden!

Knots Save the Day 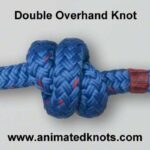 Silki’s favorite “danger knot” for tying her scarves end to end is the Double-Overhand-Stopper knot. On a dark, cloudy night, Silki and her best friend, Birdie, fall into an underground cavern on Concho Mountain. Silkie uses her knowledge of knots to tie her scarves into a “rope” to climb up several feet to where Birdie’s foot has lodged between two boulders during the fall.  Birdie can’t put pressure on her ankle, so Silkie must climb out and face alone whatever or whoever is on that mountain!

“Hold on a minute, Birdie, while I do something.” I worked my scarf ends into Double-Overhead-Stopper knots, the strongest kind Grandfather ever taught me. He said they were strong enough to hold mountain climbers. With no light, I had to do my work by feeling. My grubby fingers felt like claws. How far up was Birdie? I double-dogged hoped I had enough scarves to reach from me to her — BOOK ONE, SUMMER OF THE ANCIENT 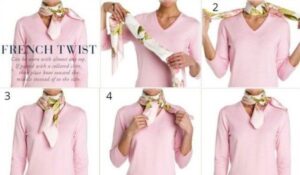 To honor a certain scarf, especially the expensive Hermes scarf her Marine brother Nick gave her, Silki wears it alone.

Now everyone except Grandmother stood in the doorway making sure the corners of their mouths pointed up, not down. My Hermes scarf was tied in a French-Twist knot around my neck. Being worn alone was the highest honor I could give any scarf — BOOK ONE, SUMMER OF THE ANCIENT

Grandfather nodded and pulled the brim of his Phoenix Suns cap further down on his forehead. The crinkles in his eye wrinkles said he was pleased with my answers. He’d been teaching me knots since I’d learned to tie my shoelaces — BOOK TWO, CANYON OF DOOM

Scarves to the Rescue

An oath would be broken. Would Aunt Susan and the other keepers of the lion’s secrets understand? My brother Nick said desperate times called for desperate action. I was desperate. Once again, my scarves were the only weapon I had — BOOK TWO, CANYON OF DOOM

When Silki’s cousin Skye from Oregon visits, she decides it’s her duty to teach him about the ways of the Rez, especially about her own special world.

I turned around to look at Skye and bit my lip to keep from laughing. I didn’t know him very well, but I guessed he’d feel awkward if I laughed at his questions. I slid off Smiles with my back to the fender . . . — BOOK THREE, VALLEY OF SHADOWS

In VALLEY OF SHADOWS, the girls face their biggest danger yet. They have no weapons, and if they don’t do something fast, it will be too late to save Lava, the leader of the Ghost Herd, as well as mend Silki’s own shattered heart.

I reminded Birdie she had to send the sand bombs up to me all in one scarf using a Barrel Hitch knot. It was a quick knot and worked great for heavy objects. She hated tying knots, but she was okay with it since the Barrel Hitch was a simple tuck maneuver. — BOOK THREE, VALLEY OF SHADOWS

I placed one leg as high as I could on the wall. Birdie threaded herself underneath me. Putting my weight on her back helped. I pulled on the scarves and began the rest of the climb up the wall. I broke out in instant sweat… My pulse echoed in my head. I sobbed silently with pain and exhaustion as I pulled myself over the top edge. I crawled forward and collapsed on the rock surface. I shoved the end of the scarf rope off the rock. Right away, I felt a tug… I stood on quaky legs to pull the load of sand to the top. My arms weren’t flesh and blood any more. I wished I could unscrew them from their sockets and get new ones – BOOK THREE, VALLEY OF SHADOWS

If you love stories set in Exotic Locations . . .

If you love mystery adventures with surprise endings . . .

The Silki Series is right up your alley.

Some think this series is for kids only. In fact, even Amazon can’t get it right! Don’t believe it! Our extensive feedback has proven over and over most of the “Silki fans” are full-fledged adults… like you. There is an earlier version of these novels that leans a tad more toward younger audiences, but they, also, were not merely kid lit. The new, enriched series is for every age on the planet. Test  it!

Another epic historical fiction novel that catapults the reader from Texas, Mexico, Argentina, China, Hong Kong, and Italy and into the epicenter of another high-concept human drama set against a backdrop of war, secrets, and survival. Look for it in February 2023. 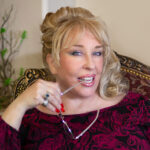 Jodi Lea Stewart is a fiction author who believes in and writes about the triumph of the human spirit  over adversity by grit, humor, or crazy tenacity. Her writing reflects her life beginning in Texas and Oklahoma and later moving as a youngster to an Arizona cattle ranch next door to the Navajo Nation, later resuming in her native Texas. Growing up, she climbed petroglyph-etched boulders, bounced two feet in the air in the backend of pickups wrestling through washed-out terracotta roads, and rode horseback on the winds of her imagination through the arroyos and mountains of the Arizona high country. Her lifetime friendship with all nationalities, cowpunchers, outlaws, and the southern gentry triggers Jodi to write about anything in the Southwest, the South, and BEYOND.

~ TRIUMPH, a Novel of the Human Spirit ~

If you loved To Kill a Mockingbird, and want a dramatic, different, and sometimes humorous multi-generational version of New Orleans life, St. Louis, and Texas in the early to mid-century 1900s, wrapped up in plot twists and unforgettable characters, read TRIUMPH, a Novel of the Human Spirit by Jodi Lea Stewart.

TRIUMPH was a finalist in three categories in the 2021 New Mexico-Arizona Book Awards contest, won a Readers’ Favorite with several Reviewers, and is a 2021 Firebird First Place Award Winner in Multicultural Fiction.

“Beyond the humor and entertaining antics of the main character, Biddy Woodson, BLACKBERRY ROAD has depth and meaning as it explores stirring universal themes that we expect in great literature” ~ D.B. Jackson, acclaimed Historical, Western author, and Screenwriter.