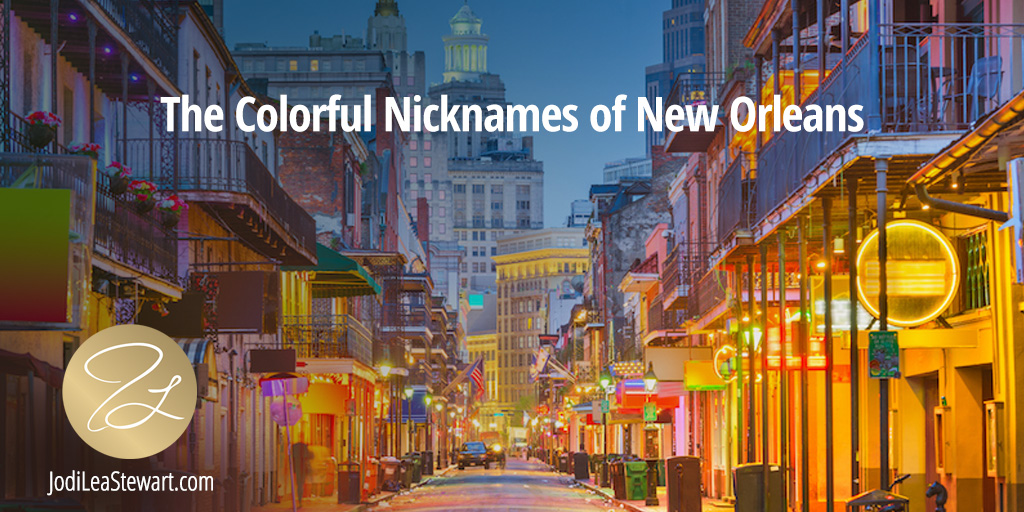 Imagine being excited about calling your city a fruit. That’s exactly how several million people in New York City feel when they reference their city as The Big Apple. How that nickname came to be has multiple stories associated with it, but my favorite one is someone overhearing two Black stable hands “slanging” the term at a New Orleans fair grounds in 1920. At any rate, The Big Apple moniker has been a successful marketing tool and a beloved nickname throughout the decades.

City nicknames provide recognition, quaintness, and a sense of belonging 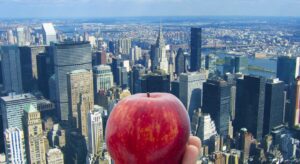 The Windy City is where? Chicago, of course! Originally, the term was coined as a marketing tool to entice summer visitors to enjoy the cool breezes rolling in from Lake Michigan. Oh, and also to characterize bloviating politicians of that area and time. Hmm. Presently, modern architecture has created wind sheers downtown that firmly reinvigorate the “Windy” back into the previously created nickname.

One more, The Golden City . . . most people recognize that as San Francisco, also referred to as The City By The Bay, another nickname. Why The Golden City represents San Francisco is easy . . . it’s a plug for their famous Golden Gate Bridge, an icon recognized around the world for its stately beauty. Oh, and there was that thing that happened to California from 1848 to 1855, the Gold Rush. That’s pretty golden, isn’t it?

City nicknames create a fondness that makes residents and travelers alike feel as if they are somewhere important, experiencing something bigger than themselves. Every major city, and even most towns, have pet names for themselves. For more on American city nicknames, click here.

Some estimates for the number of nicknames for the Birthplace of Jazz go as high as forty-five. Is such a thing possible? It is! After all, New Orleans is a unique jewel in the Necklace of Cities for which everything in excess seems normal. Its nicknames run the gamut of reflecting history, music, food, frame of mind, and geographical shape. Some of the recent nicknames, such as No Orleans, evolved after Hurricane Katrina hit the city like a salty, wind-drunk wrecking ball in 2005, destroying homes and lives by the thousands. Another rather unkind nickname originated after the devastation, Baghdad on the Bayou, in reference to the war-torn Iraqi city. 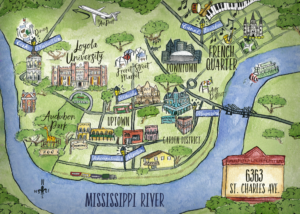 The oldest nickname, by some accounts, seems to be Crescent City, which stemmed from the Vieux Carré, the French Quarter, *now the historic heart of the city* being constructed on a sharp bend in the Mississippi River. The city growing up around that area is geographically crescent-shaped, and thus its popular nickname. Along that section of New Orleans, the Mississippi River flows east and west rather than north and south, further making this region different.

Poor Louisiana! First owned by the French, they were sold to Spain (but France kept the people and the officials in the dark about the sale for a few years), then back to France (whoops, forgot to mention it again for some time), and then, it was sold to the United States. Despicable slavery added people to the city from Haiti, the Congo, and other world ports. Germans, Irish, and Italians made their way to the city before and after the Civil War. Is it any wonder New Orleans is a melting pot of delightful people who claim three to four, or more, countries as their places of origin?

One might say New Orleans is the Capitol of Diversity, and their cuisine is just as marvelously unique as the folks who call it home. Notable dishes invented there include Oysters Rockefeller, Pompano en Papillote, Bananas Foster, the Po’ Boy, and many, many more. Menus at home and in restaurants are influenced by Creole food, Cajun cuisine, Soul food, French food, Italian sauces, Native American tastes, Spanish food, Southern food, African dishes, combination ethnic foods . . . is there any end to the variety? Probably not, and several of New Orleans’ nicknames reflect their culinary tastes, especially City of the Chefs. 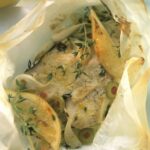 Other culinary-influenced names include Sweet Lady Gumbo, Crawfish Town, Gumbo City, and Big Greasy. One wonders it that particular title was borne from the city’s love of fried foods OR from the Deepwater Horizon Oil Spill in 2010? Different opinions. These are but a few of the nicknames filtering down from this city’s love of diverse foods caught or grown in that region and prepared with years of ethnic sass.

Musically, Jazz and New Orleans are One and the same

Jump City, Mardi-Gras City, Birthplace of Jazz, Saint City, the Big Easy, Land of Dixie and other nicknames originated in one way or another because of music, predominately jazz, coming from the richness of many countries and musical talents represented by the citizens of New Orleans. That story deserves its own space, and I promise to give it what it deserves at another time.

Her latest novel, TRIUMPH, a Novel of the Human Spirit, launched September 2020. Check out her news and her latest everything.