The Land of Ish

Personally, I don’t see how we can survive these days without the Land of Ish.

I mean, think about it. You’re due in a meeting at work at a certain time, say nine o’clock. You did everything you should have done to be there on time – got up early, out the door on time, filled your gas tank the night before.

What you didn’t do is inherit a magic wand to control all the elements of life. Things like a sick child. The traffic flow. The weather.

You arrive at your meeting at 9:16. The boss looks at her watch when you enter. She nods. You give her a thumbs up.

Why? Because you arrived at 9-ish!

Another scenario: It was all fun and games to talk about your age for the first thirty or so years of your life. Now, pushing forty (or fifty, or *horrors* sixty+), you wonder if the promotion you’re panting after will go to someone younger. What about a part in a play or a chance to sing or to give a speech?

Will the powers that be choose you over your younger counterparts?

You certainly don’t look or feel your age. In fact, you’re downright ridiculously youthful. Is it your fault the world lusts after youth and beauty? Of course not!

When it comes time to spill the beans about your age (providing no one knows already), will you 1) tell the truth right out, and the results be hanged, or 2) bestow upon the inquirer a glorious smile and a shrug and say, oh, 30-ish, or 40-ish, or . . . well, you get the picture.

It’s the Land of Ish at your service!

Ish serves us in other ways, too. Chech out these remarks:

Don’t bother to go to that restaurant. It’s too cheap-ish.

My blind date was freak-ish.

I can’t join a group of such child-ish people.

She wasn’t at all standoff-ish.

He got the job because he seemed the least amateur-ish.

Your kid was fever-ish this morning, too?

My new car is kind of blue-ish.

Whew! The Land of Ish is a busy place!

Ish is a descriptive suffix that:

I’m not suggesting the Land of Ish should run for president or anything, but it might make a good senator.

After all, it’s not priggish, squeamish or mulish.

Hooray for the Land of Ish! 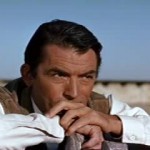 This Big Country isn’t nearly as interesting as The Land of Ish!