Why are Metaphors Both Awesome and Terrible? 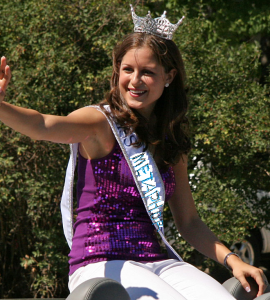 One dreadful  inspiring morning at a writing seminar long ago, I emerged from a face-to-face editor session feeling as though I were stepping out the door and onto a parade float. For a few minutes, I could have sworn I was wearing a pageant gown, a tiara, and a ribbon sash proclaiming I was Miss Metaphor, and not in a good way.

Said editor had reviewed the first pages of my first novel and practically stamped that lofty title *Miss Metaphor* on my chest.

I emerged from the room fluttering a weak little Miss America wave at the other terrified aspiring writers awaiting their turns at the chopping block.

That experience caused me to

Some writers (Jodi Lea Stewart in the past, for example) are addicted to figurative language. Consider the following paragraph, and yes, I wrote it myself, and furthermore, it was easy because I could almost live inside a metaphor but that’s another story, n’est-ce pas?

The female fire hazard blazed her way into the board meeting – bull nostrils flaring, poblano pepper eyes glowing – and roared at the Sovereign Power himself, “Give me back my job or I’ll torch your underwear from the inside out!”

Writers who use metaphors to that extent might want to hook up with a 12-step Metaphors Anonymous program sooner versus later. Over metaphorizing *I made that up to add interest* dulls out the reader almost as much as the writer who doesn’t use figurative language at all.

If Elements of Style by Strunk & White makes you salivate,

If you love stringent grammar rules and feel it is a crime to alter them,

If you use symbolic language ultra-sparingly, or not at all,

If you wallow in strict English correctness,

Grab your Elements of Style and repertoire of grammar books and take a nap with them because you’re boring us all to death  with your writing. Sleep. Just sleep.

However, if you are boring even yourself, and you are often told by readers, agents, or editors that your writing lacks color, excitement, or imagination, then I have a suggestion for you.

Run, don’t walk, to buy Arthur Plotnik’s Spunk & Bite. Read it under the covers with a flashlight if you must, but read it without delay.

Plotnik, a self-defined, writing-rule-rebel said,”Both Strunk and White knew well that bending the rules…can give writing its distinction, its edge, its very style. Bending the rules can spring writers from ruts – get them out of themselves, out of the ordinary, and into prose that comes alive, gets noticed, and gets published.”

A sassy blend of metaphor mixed with essential writing rules will let you stand proud on that Miss *Mr?* Metaphor float, or anywhere else. Just as a superb pageant contestant is lovely, well-rounded, and interesting, so is the kind of writing that stands out from the crowd.

“Metaphor is the supreme figure of all…connecting notions and finding similitude in things dissimilar.” – Umberto Eco

What about you? Have you been guilty of too much flowery writing? Did anybody ever tell you to stop? Maybe you abhor metaphors, simile, hyperbole and the like. Tell us about it. We love to hear from you! 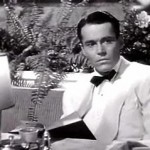 That dame saw me use unauthorized social media. Maybe I can duck under the table before she calls the coppers.

Pssst! – All media used in my blogs are either acquired by payment for their use, or don’t require licensing for public use. Often, I use my own personal photos. Please play it safe and don’t recycle images, okay? (P.S. This one of Henry Fonda is free for all. Borrow like crazy if you want!)