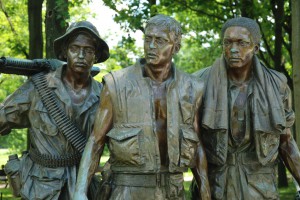 The other day, a man named Scott came to fix the dishwasher in a house we lease. He was bowed in the shoulders and wore knee-high therapeutic socks.

He walked slightly lopsided and breathed heavily with effort as he bent to check out the appliance. His knees hurt. His hands were swollen with neuropathic pain. Over the course of the next half hour, Scott shared some of his life with me in a voice clear and strong.

It didn’t take me long to realize a bona fide hero was standing in my kitchen.

More about that later.

Scott told me he’s worried that he’s losing weight these days and that his 6’2” frame seems to be shrinking. His strength isn’t what it used to be either. Not long ago, he said, he could wrestle a fat, new refrigerator from the back of his truck and install it single handed.Now he has an assistant – Frank – to help with that kind of physical stuff.

Lately he’s been experiencing a lot of tiredness after the three kidney dialyses he receives each week.

“Used to, I’d be down for a few hours, then get right up and start working again. Now I’m tired for hours afterward,” he said.

Scott happens to hold the record for the longest living male to receive kidney dialysis in our state. He’s been doing it every week for 22 years.

The dialysis is the result of his taking bullets to the abdomen during the Vietnam war. Lying alone and bleeding in the jungle, he did something that saved his life.

“I stuffed my wounds with leaves,” he told me. “Now you’d think I’d get infected, but the leaves I used turned out to have a penicillin-like effect. How about that?”

How about that, indeed.

I’ve been thinking a lot about Scott since he came to my house the other day. He inspired me. I have a feeling he inspires everyone he meets. He’s called a workaholic by his coworkers, and he’s a tad vain about his appearance. I told him he was looking good, and I meant it.

Come to think of it, Scott looks like a hero to me, and that’s a beautiful thing to behold.

Why do we need heroes?

The Merriam-Webster dictionary says a hero is a person who is admired for great or brave acts. I think heroes are something more. I believe they are icons on which we project our greater selves. Deep in our psyches – maybe in our DNA – we want to believe that if pressed, we will rise to heights of courage and greatness. Heroes make us aspire to flee mediocrity and pursue the impossible ~ Jodi Lea Stewart 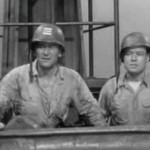