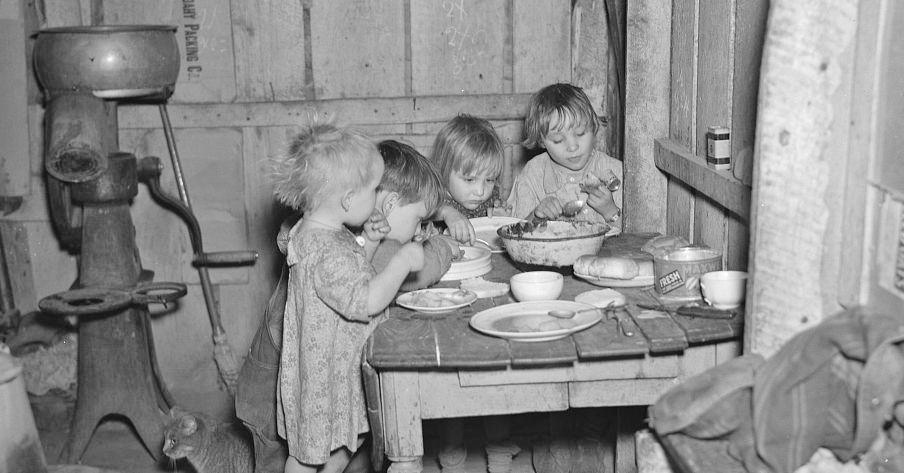 Potatoes have long been a kitchen staple.

During the depression era, they were a life-saving, life-giving food.

*For more “survival food” recipes, check out the back section of my novel, Blackberry Road.

Peel and cube approximately 1-quart potatoes. Add chopped onion, salt, and pepper. Cover with as much water as you desire (depends on the size of your pot and how much soup you want). Fry 2-6 pieces of bacon and break into pieces. Set aside. When potatoes are cooked, hand mash and thicken with cornmeal. Add bacon pieces and a little grease if desired. Sprinkle chopped green onions on top; wild onions are best.

Comment from Jodi Lea Stewart: My grandma called my granddad “Pa Dubie.”
Comments from two of the eleven Woods kids:
Dad liked a skillet of cornbread with this soup — Dean
Always give this soup to people with mumps — Dimple

What recipes did your grandparents “fix” that filled hungry bellies but cost almost nothing?