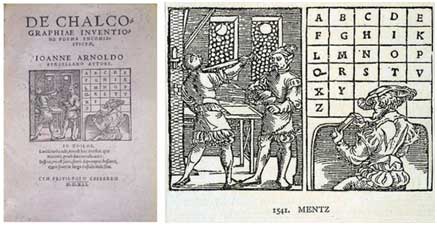 Okay, so you (pick one) distrust, hate, blame, fear the media.(For best results, circle your choice and refer back to it as you read the following.)

Therapy usually starts with a question (and I would stroke my beard thoughtfully if I just had one), so here goes:

Why do you give the media so much credit? Have you been reading Tony Schwartz’s book,Media, The Second God, in which he states, “Godlike, the media can change the course of a war, bring down a president or a king, elevate the lowly and humiliate the proud…”? Well, have you?

When Johann Gutenberg introduced movable type to the western world in 1440, wise higher-ups immediately got nervous.

You get the picture.

William Caxton in 1476 set up the first printing press in England, but it took nearly 200 more years before England got its first real newspaper. In the meantime, lots of dopey things happened like Henry VIII forcing all printers to have royal permission to set up shop, to print almost anything, to walk the dog…

A little thing called prior restraint made it a crime for any unauthorized printing. So, you guessed it, the people were informed only as the powers allowed. Talk about partisan press!

Further, Seditious Libel in 18th century England and in the American colonies made the mere act of criticism of officials of any type a crime, and “the greater the truth, the greater the libel” was an established tenet.

I know what you are thinking. “Hey that sounds like a good idea!” But you don’t really mean it.

John Peter Zenger was a zinger of a guy who had enough *matzos* to lend space in his weekly paper to factions who disagreed with the governor of the New York colony. So, in 1735, Zenger was tried for seditious libel. But Racehorse Haynes of the 18th century – Andrew Hamilton – swooped in and so enamored the jury with truth that Zenger was found innocent.

Yippee! Though editors were often harassed, (so what’s new) and there was still an uphill climb, the battle to inform the public and publish conflicting opinions was won.

Admittedly, the media is not without its flaws, hang-ups and violations. Sometimes, the bad does outweigh the good. But can you really imagine a day with no news on the telly, no letters to the editor, no magazines to leaf through?

Thomas Jefferson said it best in 1787:

“The basis of our government being the opinion of the people, the very first object should be to keep that right; and were it left to me to decide whether we should have a government without newspapers or newspapers without a government, I should not hesitate a moment to prefer the latter.”

Well said, Thomas! Obviously, he was NOT a mediaphobiac.

*Note: A very kind professor pointed out that I surely meant “moxie” rather than “matzos” in my article. I thanked him then…and now!