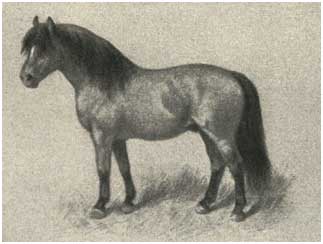 Rodeo clowns are real heroes. A suspendered dude with a barrel for britches who can keep a 2,000-pound bull from killing a man certainly gets my accolades!

But where are the clowns when you need them?

I sure didn’t see any a couple of desperate times when I was growing up on an Arizona ranch.

A mama cow with no sense of humor took after me across the barnyard one time. This non-divine bovine had no idea I was just going to pat and adore her new calf. No siree…she decided, spur of the moment, I must be a beef butcher.

The moment we made eye contact, I knew I’d best be moseying right along, thank you, like r-i-g-h-t n-o-w!

She soared from zero to 100 mph in one picosecond. My fight or flight syndrome set in at 100.1 mph, and the chase was on. As I hit the corral and shimmied up the slats like a monkey in a tree-climbing contest, I felt mama cow’s head slam into the boards under my shoe soles.

So where were the clowns to save my skin?

I didn’t see a single one as I stood wheezing and sputtering on the safe side of the fence. Ol’ Mrs. Udderly let out a snooty bellow, pawed the ground a few times and—I promise this is true—swaggered back to her doe-eyed baby calf. Sheesh!

Another time, I was allowed to go on a daylong, calf-gathering drive. Being twelve-years-of-age and female, I perceived this privilege as very big indeed. All the good and grand horses were taken, naturally, by the higher and mightier, so I was stuck with Little Shet, a spotted, squatty Shetland pony.

Besides the fact that I was sitting atop Little Shet a good two-and-a-half to three feet below the other riders, things weren’t too terrible. Little Shet was surefooted enough.

The only trouble was Little Shet’s style. Little Shet bounded up each hill and down each gully with his little pudgy legs working twice as fast and hard as the other horses’ long graceful ones.

The truth is, he looked like a cartoon with all that extra effort and movement.

In short, I felt silly. Especially since one of the other riders in the drive was a certain rancher’s good-looking son who happened to live nearby.

Still, everything would have worked out fine if the little creature hadn’t gotten ornery when we got back to the barn that evening. I can forgive lots, really I can. But being tossed over Little Shet’s head hair-first into a fresh cow patty could have tried anyone’s patience!

Stomping off in my high-heeled boots, my head reeking but held high, I remember thinking,

“Where are all the clowns to settle MY horse and escort ME to the chute?”

I’ll tell you where they were.

They were draped over their steeds whooping and hollering and slapping their thighs!