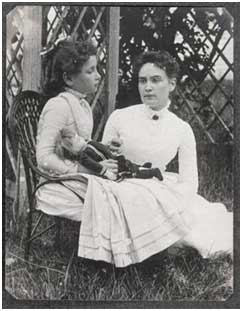 Recently, Parade Magazine printed an article titled, “What Your Dreams Can Tell You.”

The ethereal or Twilight Zone overtones of the article linked dreaming to a higher state of consciousness than wakefulness and likened dreams to cosmic info-tunnels siphoning great pearls of wisdom to our brains from ghostly, unknown regions.

All bologna aside, one thing did ring very true in the article: Dreams ARE important—not dreamy, escape dreams like sprouting wings or becoming a snow leopard, but dream-goals that propel us forward into our whole potential…the kind that make us see why in the heck we are throwing back the covers and getting out of bed each morning.

The question at hand is,

Why do people let life and others steal their dreams?

You can’t do that! What a dumb idea. What made you think you could win? That’s impossible. Better safe than sorry.

These are often the comments we get from other people in response to our dreams. But letting go of one’s dreams without giving them a fighting chance is really settling for second best.

Our dreams are our visions for our lives,

and no one understands them as we do. When these visions become real to us, they become almost an instinct. A person will tend to gravitate toward them subconsciously.

Thus, goal-setting, decision-making and eventual accomplishment rest on the things our dreams are made of. Dreams are the true foundation of success.

Faith, in this sense, really can be the concept of grabbing onto nothing and hanging on until that nothing becomes something.

Disappointment and bitterness can cause a person to wrap up his dreams, layer by layer, into an internal mummy. Sometimes the wrapping job is so tight, the dreams suffocate and eventually wither away.

The result can be the birth of the proverbial couch potato or the welfare recipient who can but won’t work or the guy hunched over his daily hooch in the local bar.

People who have lost their dreams have a certain dead, vacant look about them reminiscent of a winter tree.

Abraham Lincoln suffered a mental breakdown and lost repeatedly in the legislative race before becoming president, but he aspired to a higher ideal. Helen Keller had no sight or hearing, but she believed in miracles. Martin Luther King had a dream and the spirit to persevere.

Woodrow Wilson said, “We grow great by dreams. All big men are dreamers. They see things in the soft haze of a spring day or in the red fire on a long winter’s evening. Some of us let these great dreams die, but others nourish and protect them…”