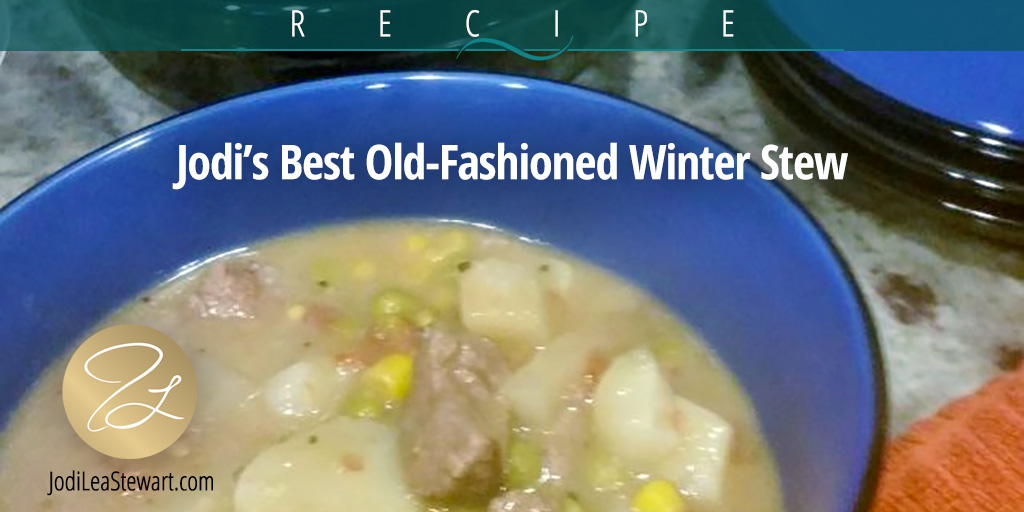 My mission, if I choose to accept it, is to share my best soup and stew recipes so canned-soup addicts can wean themselves off the cans.

The proof is in the pot, yes?

Prepare vegetables and other ingredients and set aside. Put stew meat in a plastic bag with enough flour to coat well, also adding light salt and liberal amounts of pepper to the flour. Shake and add to hot oil (enough to cover bottom of the pot and keep meat from sticking) in a stew pot. Brown the meat lightly on all sides over medium heat, stirring almost constantly.

Remove pot from heat and add the rest of the ingredients. The broth and water ration I use is 2/3 broth and 1 /3 water. Turnips and carrots are denser than potatoes, so I dice and slice them quite small. The potatoes are medium chunks.

Your uncooked stew should be a couple of inches from the top of the pot when assembled. When the mixture comes to a low boil, cover partially, not tightly. Stir often until all ingredients are cooked through. The meat should be tender, but slightly chewy. Why? Because that’s the nature of stew meat. Just make sure you bury a good-quality meat and that it’s lean. The broth will be quite thick and rich. Season to taste as the stew simmers.

Cooking times for stew vary, but it doesn’t take long.

Comment:  I’ve never had anyone turn up his/her nose at this hearty stew.

Comment: I have also made this stew with seasoned, cooked hamburger meat crumbled into clumps and added after the vegetables and broth are done. It’s good, too! 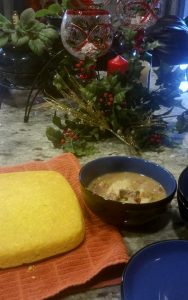 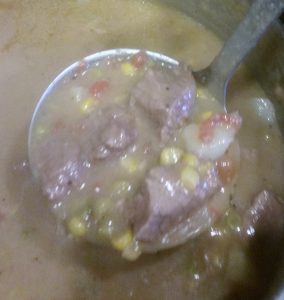 Dish it up, and they’ll come a’running!

While you’re enjoying a rich bowl of Jodi’s Old-Fashioned Winter Stew, grab your copy of any of my novels and have a good read by the fireside!

What’s next from Jodi? Another epic historical fiction novel catapulting the reader out of Texas into Mexico, Argentina, and China and into the epicenter of another intriguing human drama set during World War II. Look for it in 2022.

Kat, a teen, and her mother Take off on Route 66 to escape an abusive home life and stumble into the epicenter of crime peddlers invading Arizona and Nevada in the 1950s. Stranded hundreds of miles from their planned destination of Las Vegas, they land in a dusty Arizona town full of ghosts and tales, treachery and corruption.

Avoiding disaster is tricky, especially as it leads Kat into a fevered quest for the simple things of home and a sense of belonging. Danger lurks everywhere, leading her to wonder if she and her mother really did mess up and take The Accidental Road of life.

It’s so much fun to read Jodi Lea Stewart’s books and to be taken away into the worlds that she creates, mainly because they are not just entertaining, but also teach us a lot about ourselves and life in general. THE ACCIDENTAL ROAD is no different . . . and in true Jodi Lea Stewart fashion there is a solid mixture of fun, adventure and even danger in store for this daughter and her mother . . . which is what makes the book so engaging. This is the kind of book you will want to read slowly so that you can savor the journey.

From beginning to end, THE ACCIDENTAL ROAD has all the ingredients of a satisfying read ~ Cyrus Webb, Host of ConversationsLIVE, president of Conversations Radio Network, tv show host, author, and Amazon top reviewer