Route 66, Road of Destiny and Freedom 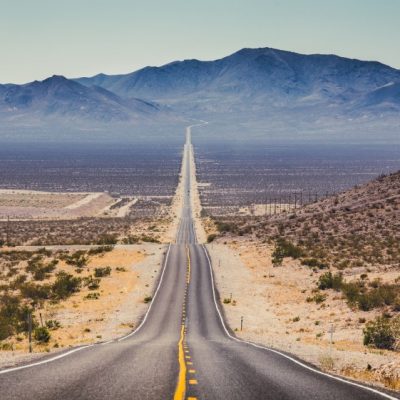 Route 66 is twenty-five hundred miles of pure Americana that meant the world to people living in the 1940s and 1950s.

Though officially taken out of the U.S. Highway system in 1985, it continues to generate nostalgia and give birth to new generations of travelers who long for the old glory days of Route 66.

Guides, maps, and suggestions on a Route 66 road trip abound on the Internet

Beginning in Chicago and ending in California, a Route 66 trek is dubbed the quintessential road trip even today. Motorcycle and auto clubs regularly schedule group road trips following the Mother Road and indulging “in relaxed walks through historic, western-style downtowns, getting lost between dusty antique items, sipping a root beer in an authentic soda fountain, and enjoying an open-air movie before spending the night in an authentic mom and pop motel of the 50s.”

How did one road mean so much to so many people in the years past and even today?

I believe the answer lies in the very DNA of our citizenry and represents the great spirit of the American people.

In short, it signifies freedom both yesterday and today.

Route 66 is a symbol of mobility to this nation.

The automotive and transportation explosions are aptly represented by Route 66. Wars and ends of wars changed circumstances and opinions in this country, and they also affected how Americans looked at travel. It became more than getting from place to place, but also a way to change their lives.

Take to the roads.

Need a better tomorrow? Hop in the car and go find it.

Looking for adventure? Look no further than the highway stretching in front of you.

Route 66 offered something different to each and every seeker.

Of course, John Steinbeck used this famous highway to symbolize the grit, desperation, and migration from the Dust Bowl regions, calling it a Highway of Flight. It was truly that, and more. Capitalism at its best was represented by the multitudes of businesses springing up like garden weeds to service the droves of people traveling East to West and West to East. Motor courts, service stations, cafes, tourist camps, grocery stores . . . all found a way to thrive along the busy road.

“In the 1950s, Route 66 was a genuine celebrity. Families could actually leave their homes in the East or Midwest and drive out to the Grand Canyon or the Painted Desert. They could go all the way to the Pacific on a highway that passed through towns where Abe Lincoln practiced law, Jesse James robbed banks, and Will Rogers learned how to twirl a rope.

“They could cross Mark Twain’s great river into lands where outlaws hid in dark caves, and drive through picture-book countrysides where cowpokes still chased dogies into the sunset.” Michael Wallis, Route 66, The Mother Road 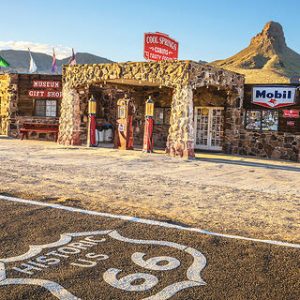 Route 66 is the representation of democracy alive and well on our highways, over our bridges, in our vehicles, and in our hearts.

May it survive and thrive! 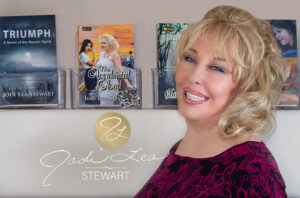 “Honey, I was her consultant.” Love, Marilyn