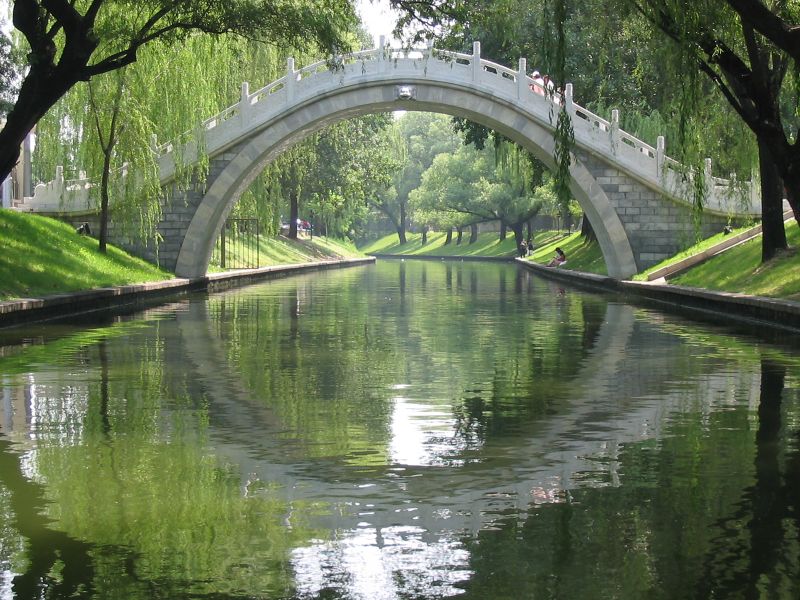 Story opportunities pop up everywhere. All you have to do is cross the bridge.

Historic novel writing presents many unique challenges. Foremost, the writer didn’t personally live during that time era, or he/she lived in New York but loved writing about the Old West.

Slick documentaries and photos often don’t go far enough to immerse the writer or the reader in the “feel” of that particular slot of time. It helps to find journals or other written material to base the needed atmosphere of the novel upon, but the REAL STORIES come from the mouths of those who lived them.

Blackberry Road, my latest novel, is a snapshot of a hot summer in 1934 Oklahoma. A girl called Biddy narrates a whopping tale of murder and spookiness that begins in May when school is out and ends when the blackberries are turning brown on the vine – about mid- to late-summer. Biddy’s family jumps right out at you like a real family, and why is that?

Because they are, and someone (me) didn’t let their stories die.

Collecting family stories, recipes, lore, and copying old handwritten Bible notes over the years created the realistic backdrop for Blackberry Road. Fictional Biddy has twelve brothers and sisters. My mother had eleven. Both Biddys, the fictional and the real, were from sharecropping families living in Oklahoma in the 1930s.

Dirt poor, but rock solid, those families had to eat, live, and survive everything from snake bites to drought (or flood) to miserable housing conditions. 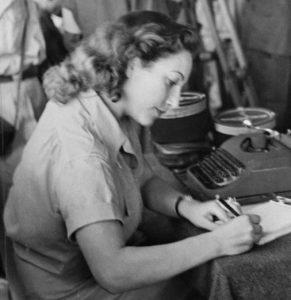 In my particular case, I was fortunate to mingle and mix with a real sharecropping family because they were my own relatives. You can be sure the stories at our reunions or get-togethers flew around like greased spitballs; and there I was, in the thick of it, laughing and asking questions, my pen flying over the notebook I kept with me at all times.

Most members of the real Blackberry Road family have now passed on, but their lives and experiences will live on forever simply because I didn’t let the stories die. My job as a writer was to make fiction seem like reality and reality seem like fiction.

You can do the same thing.

No Family Stories to Collect? No Problem!

Don’t despair if you don’t have actual family stories to gather. Story opportunities full of “nuggets” pop up everywhere. All you have to do is cross the bridge, so to speak, and be ready to take notes.

A chance to record stories “from the horse’s mouth” is as close as that elderly lady you see every day on the bus. Befriend her and see life as it was through her eyes. Maybe it’s a friend’s uncle who served in the military and lived through stories that seem too fictional to be true but are true just the same.

A person volunteering for a church street choir used to be homeless many years ago. What was that like, and how did he or she escape homelessness? The Vietnamese family down the street who barely made it to the USA in 1971 – how did they do it, and what happened when they got here?

Your friend tells you she has a grandfather who was a butler in the deep South in the early 1950s. Wow! Can you go see him and make sure his stories don’t die? You won’t know until you try, right?

Living stories are waiting for you to discover, record, and save. Now . . . go write that novel!

“I remember Mom making my dresses from flour sacks and my bloomers from flannel undershirts. She used innertube rubber for the waist and legs. She made me at least three dresses for the year. When I grew out of them and had to wear them anyway, it was sure pitiful.” ~ the real Biddy

“It was my job to lead my blind grandma to the outhouse, and I would read the Sears and Roebuck catalog to her while I waited. That’s how, when I was ten years old, I got the second doll of my childhood. We read about her in the catalog, and she cost 95-cents. Grandma bought it for me for taking such good care of her. I thought my doll was the most beautiful thing in the world. She had rubber bloomers, and I kept her hung up on a wall. In those days, we didn’t have screens on most of the windows, and some grasshoppers got hold of those rubber bloomers and ate them up. I had to kill those varmints for doing that.” ~ the real Biddy

One night, a pretty young woman *we’ll call her Doodles* from our family went to a local dance with her older brothers. A catty and foolish young woman became jealous of Doodles’ beauty. Throughout the evening, the woman heckled her, making verbal innuendos and snide remarks. Doodles ignored her bully, dancing and promenading around the dance floor. Later, as Doodles started home under the full moon with her brothers, the woman hid and threw rocks at her as she passed. It was too much. Doodles marched into the bushes and took the girl to the ground with enough vigor to make all her seven brothers and one of her sisters very proud. During the scuffle, the band scuttled outside in the glittery moonlight and played a lively rendition of Don’t Let the Stars Get In Your Eyes. Needless to say, 16-year-old Doodles had no more trouble from this hateful woman, and this became an energetic and favorite story at all the family reunions for years to come ~ Jodi Lea Stewart (“Doodles” was her aunt)